Never Done SEO? Now is a Great Time to Start

Over the last 18 months Google has been aggressively punishing weak content and manipulative SEO practices and rewarding quality and relevance. This is all an effort to improve results and level the playing field. What this means is that if you have a great site, but have never really done any SEO then the competition is reeling and the barriers to entry are lowered so now could be a great time to get started and make a name for yourself.

The remainder of this article will give you a little more background to what has been going on in the last 18 months and why and how you can get started and piggy back some of your opposition who are seeing the value of their SEO dwindling and may even be up against the ropes due to search penalties.

The time is now for SEO

I have been involved in the marketing and optimisation of websites for over twelve years now and in that time I have seen a lot of ups and downs with Google and the SEO world. The fact is, despite Google’s efforts it has been all to easy to manipulate search results and strategies and techniques that should not have worked did and subsequently, there has been mass spread manipulation of the search results that has meant that in many cases, you had to pay to play.

This historical situation puts people like me in a difficult situation as techniques that were against the rules and should not work, did work and whilst these techniques can’t be classified as a sensible, long-term marketing technique, they did work and made it harder for those playing by the rules to compete.

Now, you could always beat these manipulative efforts with some serious game but… for small businesses there was always someone who had just bought too many links to beat without some considerable effort, or, indulgence in some rule bending.

Seriously Google, when a small business owner can spend £1000 on building some (in most cases dodgy) links or £1000 on content for their blog, and the links outplay the content then which way did you expect people to turn?

Panic at the Zoo

Early in 2011 Google released the first of their major algorithm updates designed to combat some SEO bad practices and ultimately to improve the quality of the search results. This beast became know as The Panda (Farmer) update and cut away lots of weak and near duplicate content. Throughout 2011 they continued to release ever more aggressive updates to the Panda filter which brought incremental improvements and further removed lots of weak or duplicate content.

In April 2012 Google released the Penguin over optimisation Penalty which targeted link building practices that were designed to manipulate search results and artificially inflate the value of sites. This affected many sites and people who were previously ranking well with years of SEO (and I use that term loosely).

Why does this matter?

The reason this matters is simple – dodgy link building worked and worked well for a long time but it is not working any longer. So, many sites that have for years invested in this kind of link building in place of content are seeing their once strong positions compromised. In many cases, the ‘work’ that people have had done is now a negative equity and many sites are seeing themselves dropping out of the rankings altogether.

What is more interesting is that the link penalties seem to be in their early days and we are only beginning to see the full impact. So, whilst many companies are simply attempting to build links as they have before and adjust anchor text to within safe limits as Google turns the dial up to 11 they will just see the effectiveness of this strategy fall away (along with their rankings).

The time is now

So, the SEO door is more open than it has been in years but only if you are prepared to do things right! The old link building stalwarts of links from high ranking sites, aggressive anchor text and high volume are no more and we move ever more towards a time of earned links, relevance, social shares and quality over quantity.

How exactly you go after this opportunity depends on your marketplace and there are a lot of moving parts here but some basic suggestions:

The exact approach depends on your marketplace and goals and the internet is just not big enough to go over every possible link building technique but rest assured, there has not been a better time to think about SEO and earning links for ten years.

For years, the web was like a modern day wild west, anyone could make a name for themselves and many did. Then, more recently it has seemed rather impenetrable to many and unless you had a budget and were willing to play the big, content driven game, you simply could not get a seat at the saloon. Now, we have a shift, and a gold rush of opportunity again but I sense that it may be fleeting as we move ever closer towards dominance by brands and big players.

If you are willing to play smart, build relationships with your prospects and earn links with big content and networking, it could be time for you to get into the game. 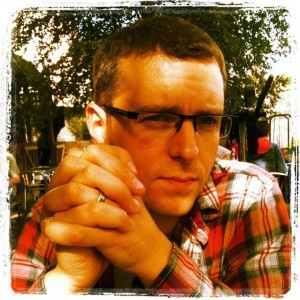 Marcus is our Digital Strategist. He’s been working in the industry for nearly 20 years and wears many (bowler) hats as a highly technical developer and SEO, and even has a fancy computer science degree to prove it. He encourages continuous, ceaseless improvement and his predictions of trends are always spookily correct.
All Posts »
PrevPreviousSpam Wars and the Dark Side of SEO
NextEarning Links – Work Hard, Talk Fast & HustleNext