The Latest News On The Google Possum Update

You may have seen a crazy amount of fluctuations in the rankings recently, with two very different updates floating around. The first update being the ‘Possum’ update which mainly focused on the local search rankings, and the other update being the famous and long-awaited Penguin 4.0 which focuses on links.

Joy Hawkins has kindly shared her findings around the Possum update, stating she believes the update was to diversify the local results and also prevent spam from ranking as well as it did. So let’s dig a little deeper into the specifics:

A very unfortunate issue that we have suffered within the local SEO industry is the difficulty of ranking businesses who are located just outside the borders of a city. If you are not within the borders that Google states, you will find it very difficult to rank around terms for the city.

It would seem that with this new update, Google is not being so harsh on these companies and is giving them a fair chance. Joy reported that one of her clients was ranked #31 for a specific search term, but then jumped to #10 once the update rolled out even though they were just outside the borders of the city.

Google is now starting to filter businesses that have the same/similar address and business category. Previously, we have seen filters applied to listings that have a similar phone number or domain. It would seem that Google is cracking down on people trying to list a business twice with ever so slight differences.

Joy has also reported loads of other filters she has experienced, definitely worth a read.

According to Joy, the physical location of the searcher is much more important since the update was released. Here is the example she provided:

Here is the example she provided:

A company contacted us for a consultation, worried about this algorithm update. They noticed that a ton of their locations were no longer ranking in the 3-pack. When we looked into it, it turned out that since they were searching from their head office in Alabama, they were seeing something totally different than a user down in Texas, where one of the businesses was located.

The business was in Richland Hills, Texas, and the farther away you got from the city when searching, the more zoomed out the map got, and the more the listing dropped in ranking as a result. They were seeing the business as being seventh on the list for a [service + city] keyword in Alabama, whereas a user in Richland Hills, Texas, would have seen the listing as first.

It does make sense, though. The whole purpose of local search is to show businesses close to your physical location.

Usually, you would see very similar results for slight variations of a search term. So you would expect to see similar results for ‘plumber in Birmingham’ and for ‘Birmingham plumber’. It would seem that since the update, the rankings for the variations are completely different, with businesses showing in the top 3 for one and then dropping below position 4th for others.

Previously, if Google had filtered your organic listing out of the search results, this would also have a negative impact on your local search rankings. Joy Hawkins is now reporting that she has seen many sites that have organic listings filtered while still maintaining their local rankings.

This shows that the organic filter and local filter are not working together as well as we hoped it would.

There have been lots of different changes for the local search results. Lots to digest and I guess loads more experiments to run. I am pleased with all of the changes, apart from the ranking fluctuations around search term variations. If you do find any more changes in the local results, feel free to share below. 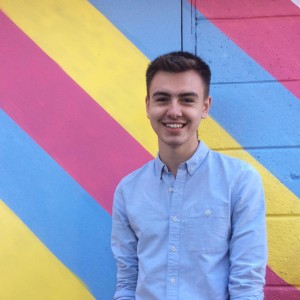